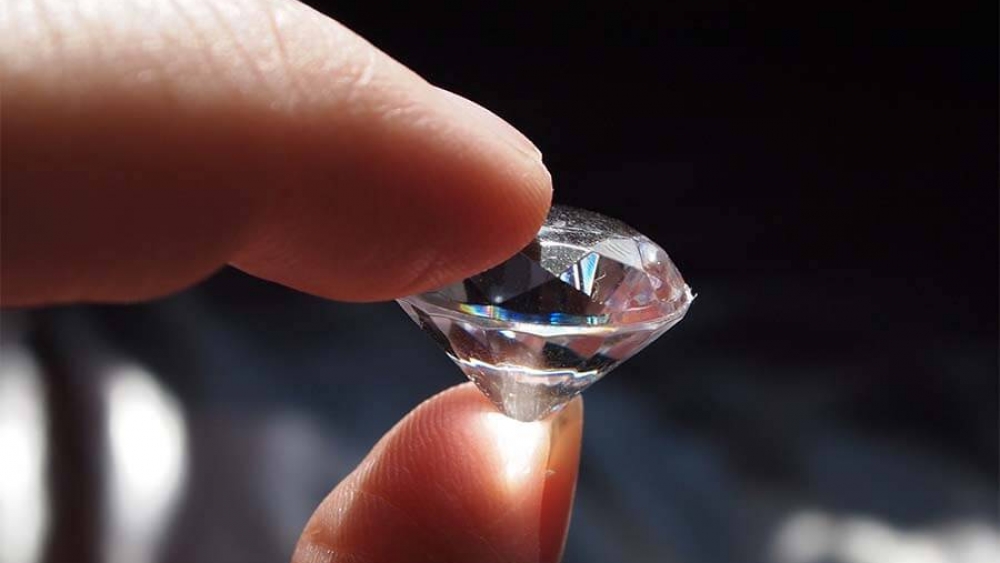 The diamond industry is composed of several segments which focus on distinct processes required throughout the value chain. These include mining, processing and trading of gem diamonds and industrial diamonds. Diamond cutting, as well as overall processing and sorting, is concentrated in only a few locations around the world. In the following blogpost we will give you an overview of its remarkable concentration, how it developed, and provide more information on traditional and large cutting & polishing centres today.

Where were diamonds cut historically?

Historically, diamond cutting developed in European cities. In the 15th century, stones made their way through Northern Europe creating small cutting communities where diamond trade and cutting techniques developed. Over the centuries, cutting centres developed in London, Antwerp, and Amsterdam as a result of higher availability of diamonds, and larger demand. Notably the Dutch and Belgian cutting industries benefited from new technologies and grew into the largest diamond centres up until the early 20th century. The Second World War ravaged the European cutting factories, which were often run and staffed by Jewish families. In the years following the war, diamond cutting centres were erected elsewhere as European hubs never fully recovered.

Where are diamonds cut today?

While diamond manufacturing continues in Europe until today, it is a fraction of what it was in the past, and the vast majority are currently manufactured outside of Europe. Smaller rough diamonds are now mostly cut in countries such as India and China, whereas cutting and polishing of bigger stones is still handled in the more traditional centres of Antwerp, Tel Aviv and New York. These centres are still of importance for their added value provided from knowledge and experience in stones of large size and high quality.

Where are the traditional diamond cutting centres?

The Israeli diamond industry traces its roots back to the 1930s, as families running businesses in Antwerp and Amsterdam fled from Europe to cities such as Tel Aviv. Ever since, Israeli firms have been at the forefront of technology development for the industry. Developments in diamond planning machines and software enabled them to develop a leadership role in the manufacturing of large, high-value diamonds in particular.

Another important and sometimes unexpected location is New York City. The USA produces rough diamonds and is quite close to other rough diamond producing countries like Canada. Professionals who cut diamonds in NYC have specialized skills and sophisticated technology like computer-aided design and advanced laser cutting. As a result, most of the fancy cuts are also produced here.

Why is India one of the largest diamond cutting centres?

Although India produces no more rough diamonds of its own, it became one of the largest diamond cutting centres in the world within the past decades. Approximately 2 million people are employed in diamond manufacturing companies. It is mainly in the north, in the province of Gujarat, that processing of diamonds takes place. Over 90% of diamond cutting companies are concentrated in the single city of Surat, from which an estimated 82-92% of the world’s cut diamonds originated.

The industry is vibrant because of the closeness to rough diamond sources and the competitive and skilled labour. Moreover, India has developed into an important player in global technology, which has filtered into diamond manufacturing. They are at the forefront of technology development for new processing, mapping, and cutting techniques, which allows them to handle larger and more expensive stones. In recent years, India has held between 19-31% of the World market share in polished diamonds.

Are there diamonds cut in China?

China, among other countries such as Thailand, is a relative newcomer to the diamond manufacturing industry but has grown rapidly due to its different approach to sourcing. It has increasingly active centres with 17% market share in recent years. This activity is concentrated in the cities of Guangzhou and Shenzhen.

Where else are diamonds cut?

Smaller hubs include Namibia, South Africa, and Russia, where the sector share remains inferior to more competitive hubs around the world.  In recent years, new countries have entered the manufacturing space and some have shown early success. This includes places such as Thailand, Botswana and Laos. Time will tell if these hubs are able to develop the capacity and skills required to break through the current industry landscape.

You can now identify where diamond manufacturing takes place, and how its concentration developed through time. Do you have questions regarding our manufacturing processes or would like to know more about where our diamonds are cut? Don’t hesitate to contact our team today.

Have you read our other blog posts?

·        Diamonds vs crisis: why you should buy diamonds during crisis time. ·        The History Of Diamonds in Antwerp